This travel post is going to be a little different than the ones I have posted in the past because Leavenworth wasn’t just a city I passed through, it was a moment of immortalization in my memories.

Before last year, this town never existed on my travel bucket lists or must-see cities. It just sort of appeared on my radar and stumbled into my life, but now it holds so much of my heart and fond memories. Around this time last year, I was tucking into my thesis depression and searching far and wide for a location that made sense for my novel. Then the trifecta appeared — my love for small towns, random generators, and my boyfriend’s suggestions — that had me researching this town nestled into the Cascade Mountains that replicated Bavarian life in the Pacific Northwest.

I was getting stressed about the little nuances that came with naming characters and deciding their unbiased background that I was using a random name and school generators. Usually they would give 10 options at a time, so I always picked option five. I told myself I couldn’t write about a “David” or The University of Washington. I said I wasn’t going to write my book about a love interest because I thought it was cliché. Then option five was the “University of Washington” and trust me, I thought about lying and doing it again, but something was telling me to just look into it.

Then I started to research small towns in Washington. I had just come home from spending a week in Spokane, not a small town at all, and didn’t know where to look. I thought about Forks, WA, where Twilight was set, but then nothing about the town intrigued me except for the fact that they have vampire tours now. So no, I didn’t want a town clinging to its defined claim to fame necessarily; I wanted something whose charm influenced the way people perceived it. So I asked David.

He suggested I look into Leavenworth. I saw the way the European facades contrasted with the mountainscape and found what I loved so much about Europe in America. I was sold by that, but worried, who was it that live in this tourist-attraction, Disney like town? I was searching for places that weren’t shopping for replica old-time photo booths and every t-shirt variety possible with the same city, just written in different fonts. And then David found it, Mailbox Peak, the ending of my story lied in those peaks, so I knew it had to be in Leavenworth, but I needed to go to Leavenworth and see the town for myself.

I remember getting into the rental car and immediately thinking about how I wanted to document every feeling and thought I was experiencing, so I took photos to try and capture them all. I flip through them all and hear the way. Delicate plays through the speakers as Seattle’s cityscape appeared through the mist and clouds. There were videos about how the sleet splatted on the windshield as we started to drive into the mountains. Or when the sleet turned to massive flakes that coated everything around us until even the tire tread marks blended into the white wonderland around us.

Into town, you heard the laughter of children as they slide down the small hill in city-center. Some buildings had a Bavarian-style on the outside or a sasquatch mascot wearing lederhosen inside, but most had both. It’s a quaint town with charm, locally-owned businesses, and places to explore. But something I don’t know if I could ever clearly describe was the silence that came from the way the snow soundproofed the town. We were there in February when the activities surrounding Christmas had died down, and Spring Breakers weren’t ready to slide into their boots and traverse the slopes.

We came up to the creek, trudging through shin-high snowdrifts until the silence turned into a bubbling of icy water flowed in front of us. I could feel how my jeans were slowly absorbing the snow that clumped onto my legs, but I never wanted to leave. The snow just fell around us delicately, clinging and spotting our hair and furry hoods. 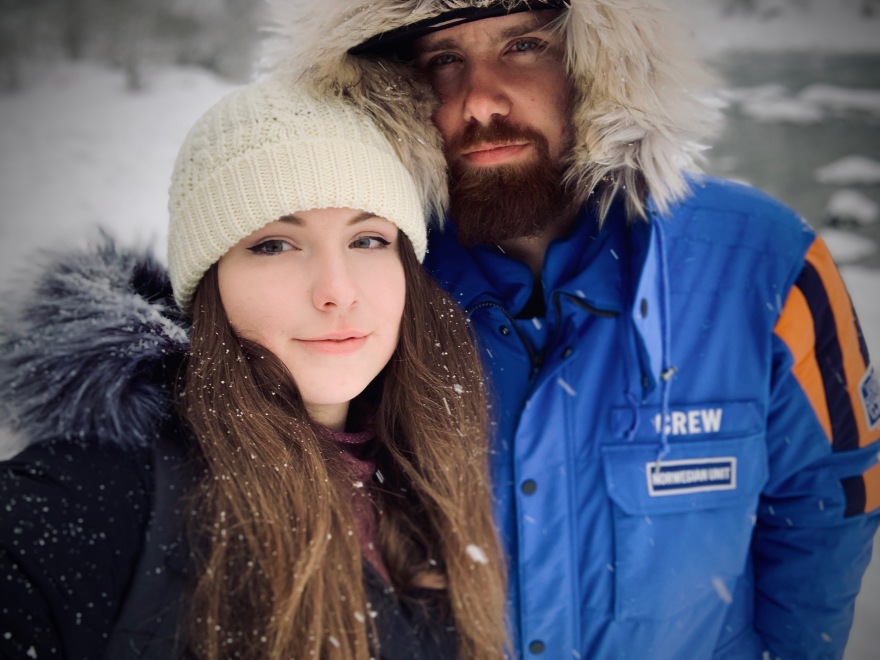 We explored even more of the parks, where young adults made makeshift snowboard ramps out of ledges and stairways. We stopped to warm up at Hewett Brewing Beer and Pizza where serves up some spectacular varieties and piping hot pepperoni pizza. So many locals came in just for some crowlers (can growlers to go) and pizzas for the family.

When we left the restaurant, we headed into the main square where a horse-drawn carriage contrasted against the Dodge pick-up trucks and Toyota Camrys. There were Christmas lights clinging to all of the trees, gazebo, and buildings. 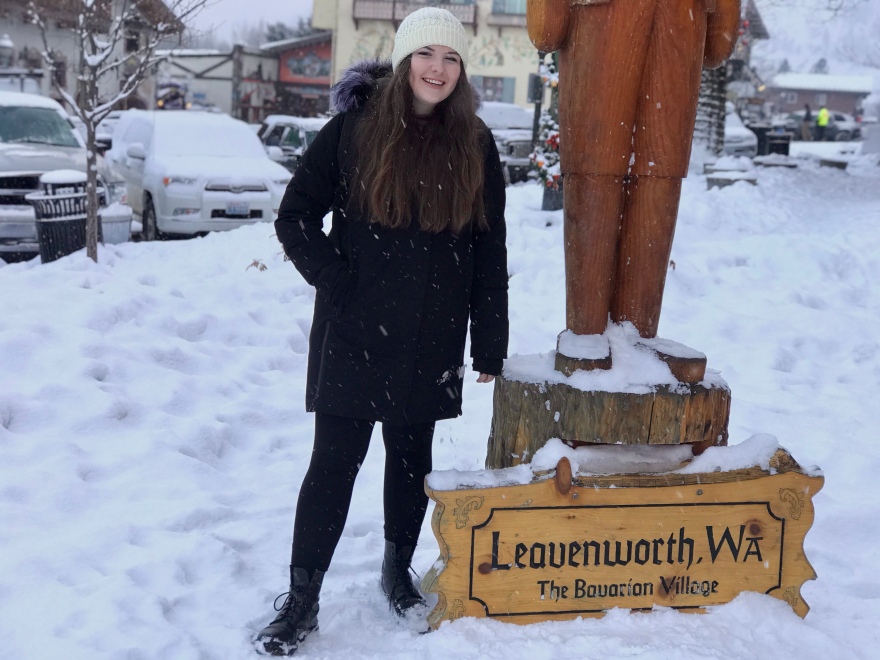 Then I went into one of my favorite stores, A book for All Seasons where hopefully one day they will stock my book! I hope to go back soon to give more advice-based feedback around the town, but until then, its 100% worth just walking around the snowy days or stopping in for Octoberfest during autumn. 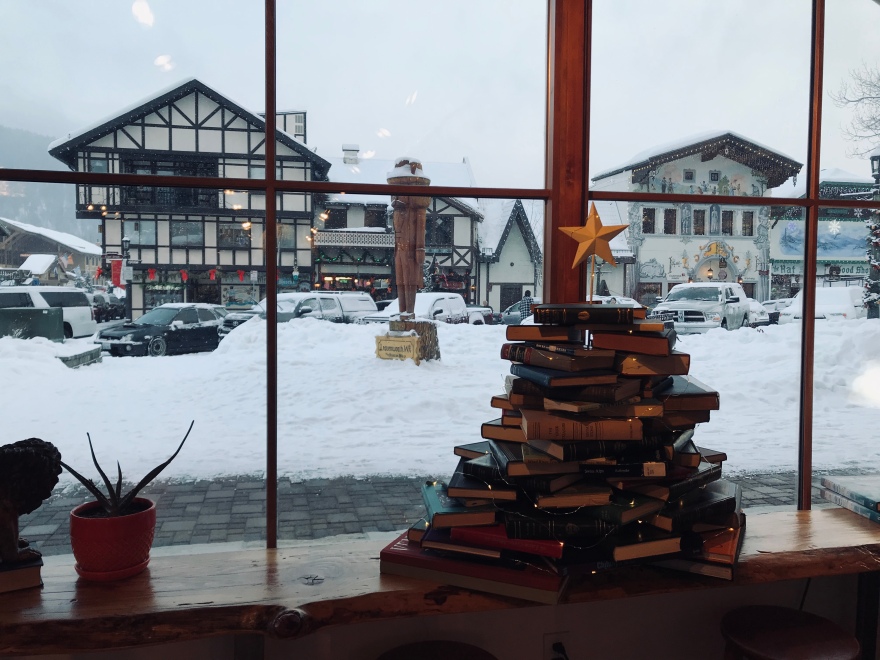